Coinciding with the International Animation Day and Iranian Animation Week, “Animation, Experiment” collective in collaboration with Asifa -Iran and New Media Society brought the animation movies by Iranian directors and animation designers to the cityscape and publicly screened them for the potential Tehrani audience in center of the city for one day in November 2018.

It was a one-day animation screening that included 29 works by Iranian artists. The works were displayed in 18 different venues; namely a florist, a bistro, optic store, bookshop, computer store, galleries, and cafes.

The addresses were pinned on a paper and on an online map in the districts of Karimkhan Blvd. and Valiasr Junction in downtown Tehran.A hand-full of addresses were pinned on a map in the districts of Karimkhan and Valiasr junction, the selected locations simultaneously displayed a number of short animated movies each, repeatedly on a loop through the 6th of November 2018. The viewers were expected to find out about the screening points and the displayed works by exploring the map.

The wide range of the screening venues, located in various layers of the city, sought to invite the viewers to recognize and re-familiarize themselves with the diverse careers and places in the districts. Tehran animation walk was an effort to find the new audience(s) for animation, beyond the circle of the informed and interested ones. It was an urban experiment in the public art sphere, a collaboration which aspired to learn in the process, brings up questions and might even produce knowledge and push the boundaries of animation and its contemporary definition 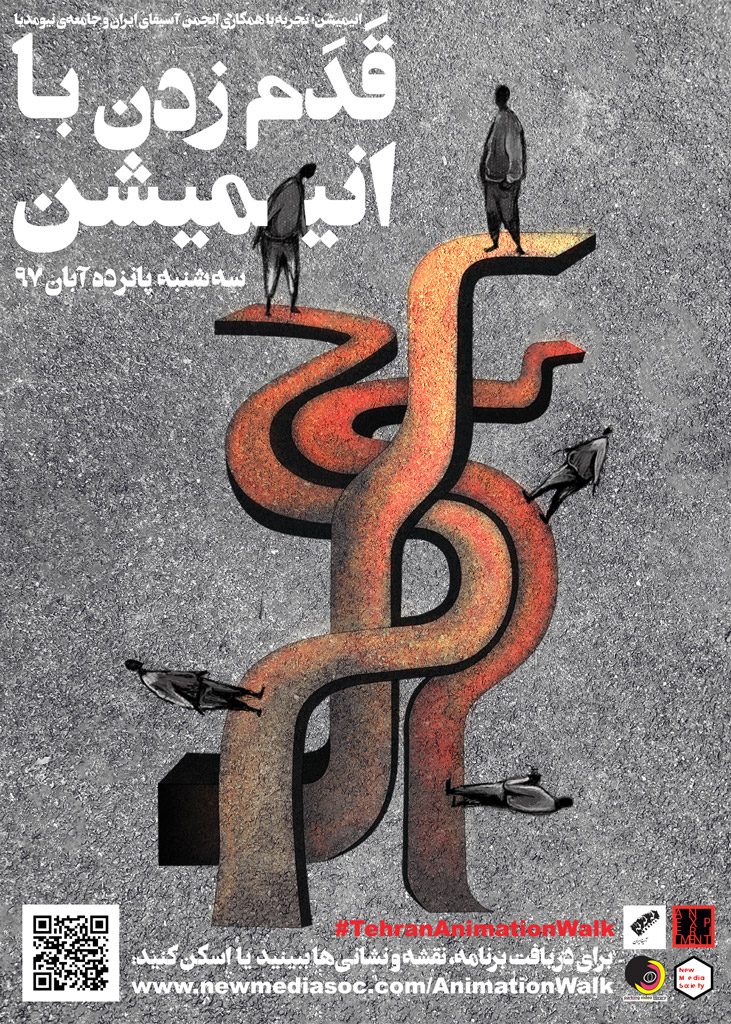 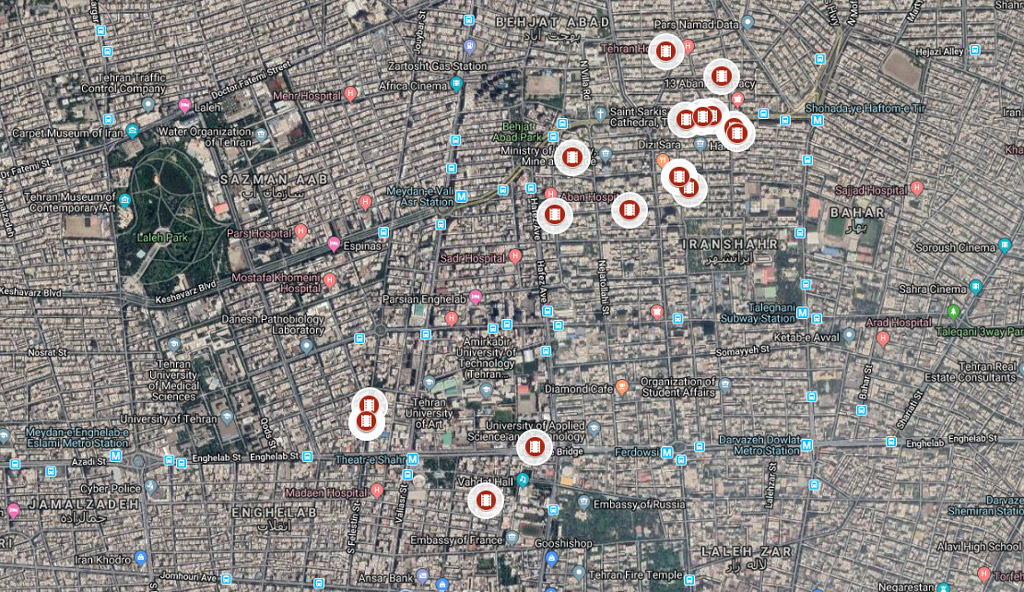 Hinterland brought 26 animated short films to town – to the 4., 5. and 6. district of Vienna. With the help of these animated films, they wanted to invite visitors to explore the neighborhood, new shops, offices, and bars. With the support of New Media Society and Parking Video library, the Iranian Art Collective Animation; Experiment had chosen 26 short animated films to show. Young Iranian Filmmakers had created these wonderful films that were shown in Vienna for the first time. ‏A map introducing the films and the venues was available at each venue. ‏ Each Friday at 4:30 pm there was a guided tour, starting at hinterland, Krongasse 20, 1050 Wien. 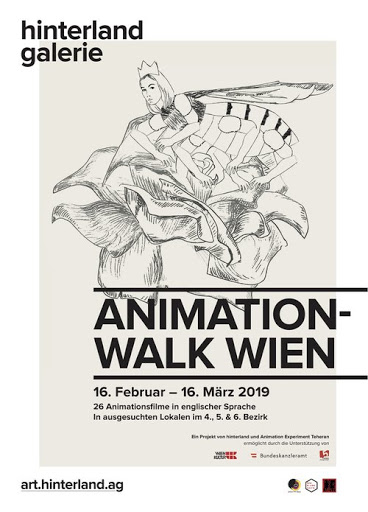 Isfahan was the third destination of the Animation Walk project.  This event was held on Saturday – Sunday, November 9-10, 2019 in the surrounding of Hakim Nezami St. in 24 different venues. The wide range of the screening venues, located in various layers of the city, sought to invite the potential audience to discover new routes and get re-familiarized with the diverse careers through walking in this neighborhood of Isfahan. With the help of these animated films, the project’s collaborators tried  to invite visitors to explore the area, new and old shops, offices, etc. Plus,we hoped to provide a friendly and useful contribution to the everyday life of the passersbys. 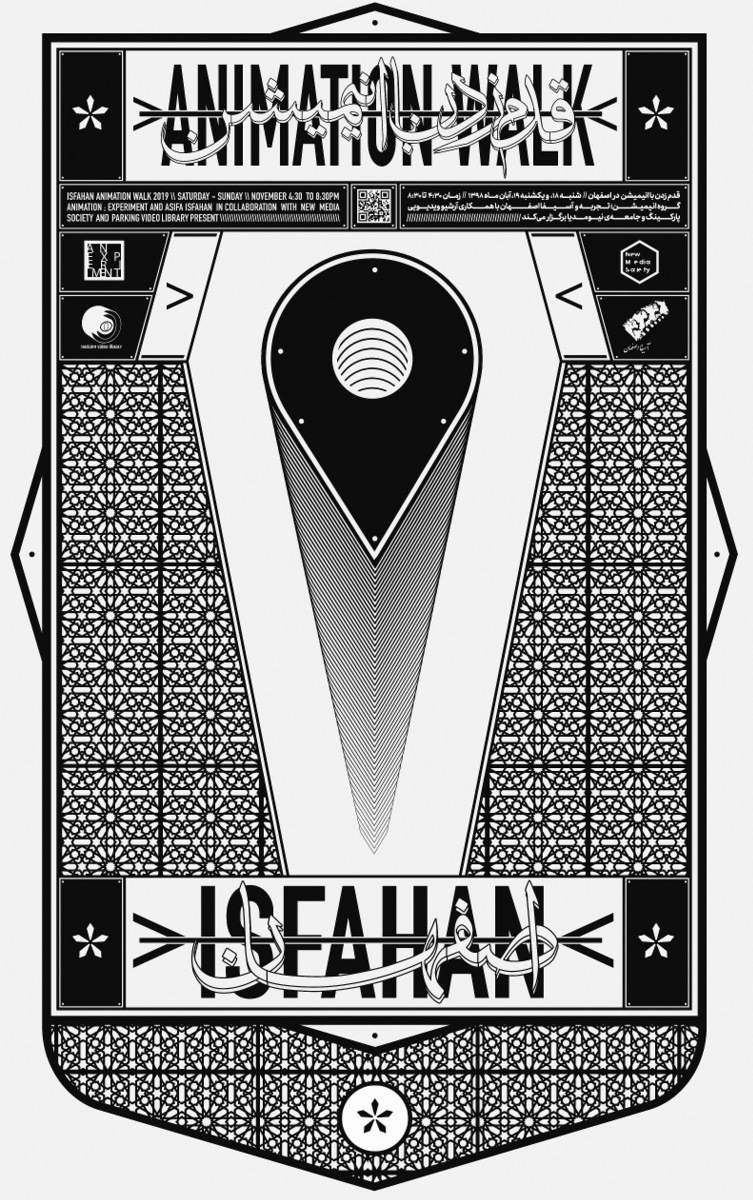 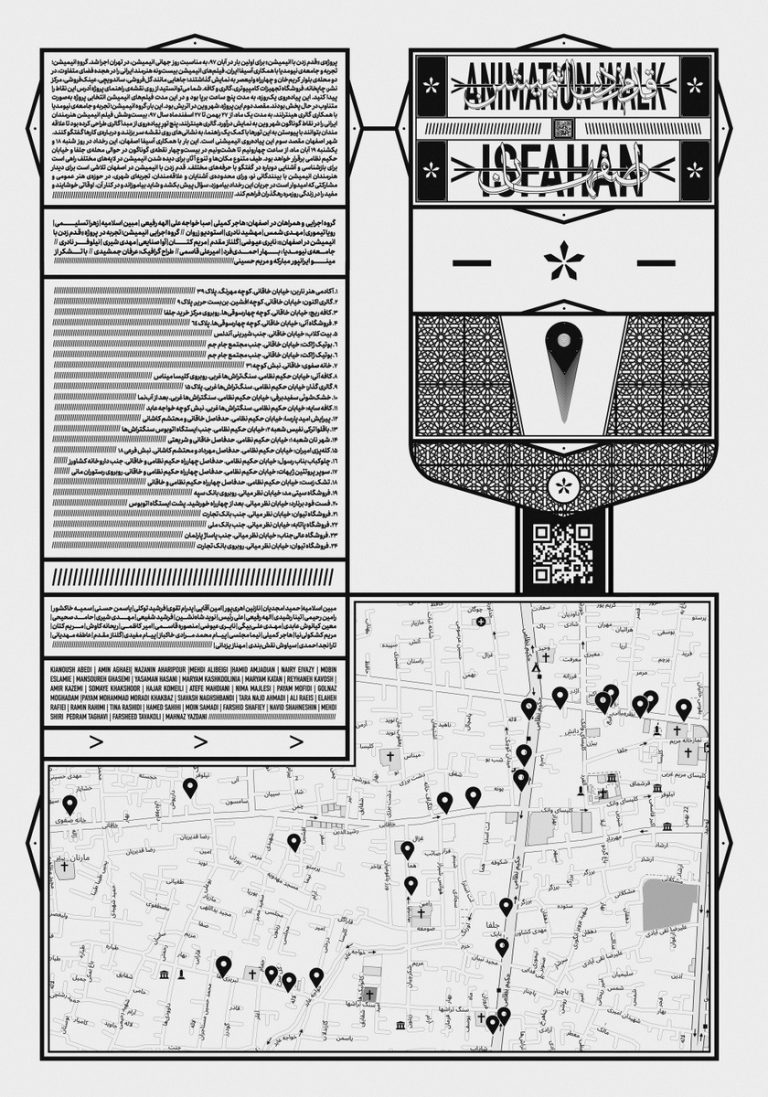