The seemingly irreversible changes which have occurred since the emergence of the pandemic also manifest themselves via dramatic transformations in a highly polarized and stigmatized ONLINE version of the world being fed to each & every one of the “former” world citizens, web wanderers, and newcomers who are forces to learn/do every little aspect of life via virtual communications, while many are pushed to peripheries and darker areas and not everyone affords to stay connected. The digital divide didn’t start yesterday neither the inequalities caused by limiting access, a peculiar subversion & distortions which owe their existence to the speed & technological void on one hand and manipulation of the public mind.

The Inaccessible Present [Tense] tries to shed light on a moment in time that is difficult to define, thus exactly massively targeted worldwide because of this ambiguity; the program tends to put together moving images in response to the festival’s theme Post-digital ignorance/techno-utopia created by artists from various contexts and disciplines. The Inaccessible Present [Tense] enjoys positions by individuals who seek to be present and execute their independence to experiment in their own significant ways despite the uncertainties while preserving/claiming their right to be invisible/inaccessible deliberately.

Parking Video Library is a Tehran-based video archive initiated in 2004 by Parkingallery Projects and includes moving images and multimedia works by emerging artists from Iran and elsewhere. The series is devised and curated by Amirali Ghasemi, an independent curator based in Tehran. PVL introduced the vibrant new wave video art scene through several events, screenings, workshops, and the Limited Access Festival for Moving Images, Sound, and Performance.

The previous editions of “the Invisible Present (Tense)” were ongoing screening programs selected from the Parking Video Library. Several variations of the program toured in Canada, United States & Brazil in 2011 and 2012. In 2013, it became part of the “Focus Iran” program at both the Rotterdam and Göteborg Film Festivals.

The 2nd edition was shown in the screening programs at Potsdam, Germany, and Eindhoven, Netherlands. “The Invisible Present Tense 3.0” was curated and run as a one-day screening event for the “Yard Video Festival” at Ag Galerie and intends to broaden the scope of moving images to go beyond the geographical borders.

The Summary of Here, Me and We 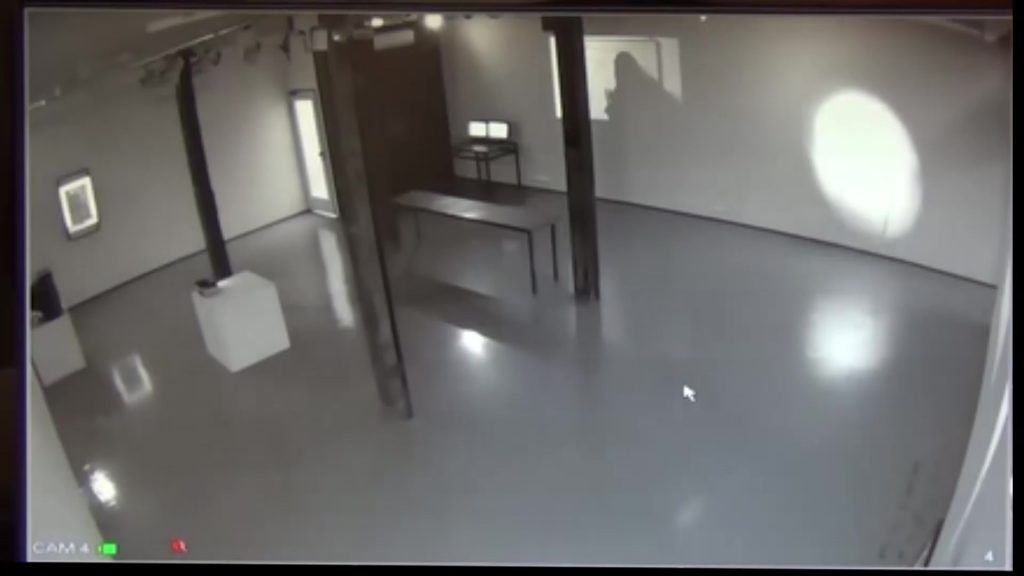 This video is part of an installation by Arash Hanaei.  His installations can be seen  as  producers of delayed vision: something which is to be seen or witnessed has been delayed in favor of ghost apparitions, unconscious landscapes, etc. 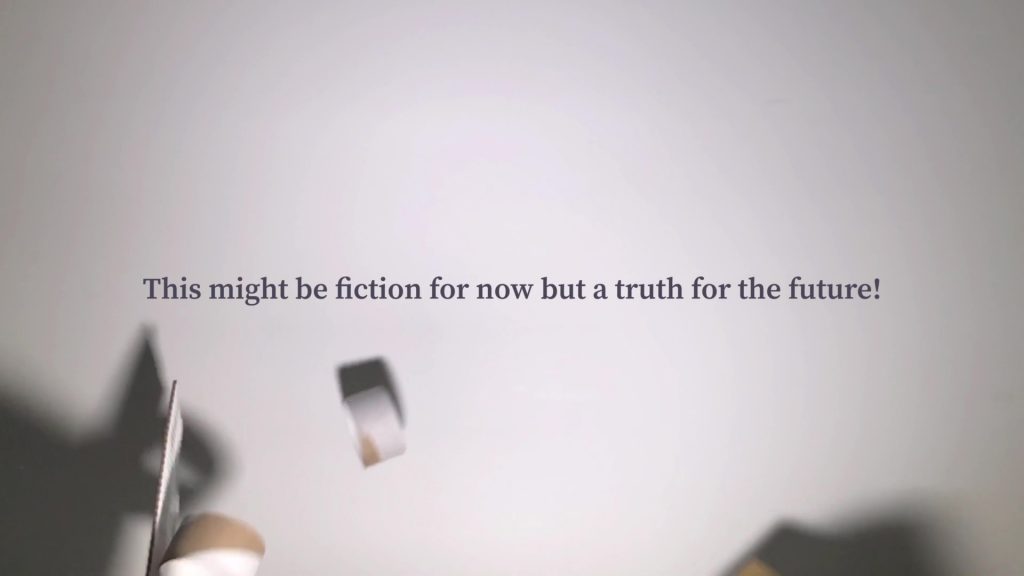 The video-installation of Maksimir Chaos is part of an exhibition called Offside Trap, which deals with decisive moments in football that go beyond the framework of football and have sociopolitical impacts. 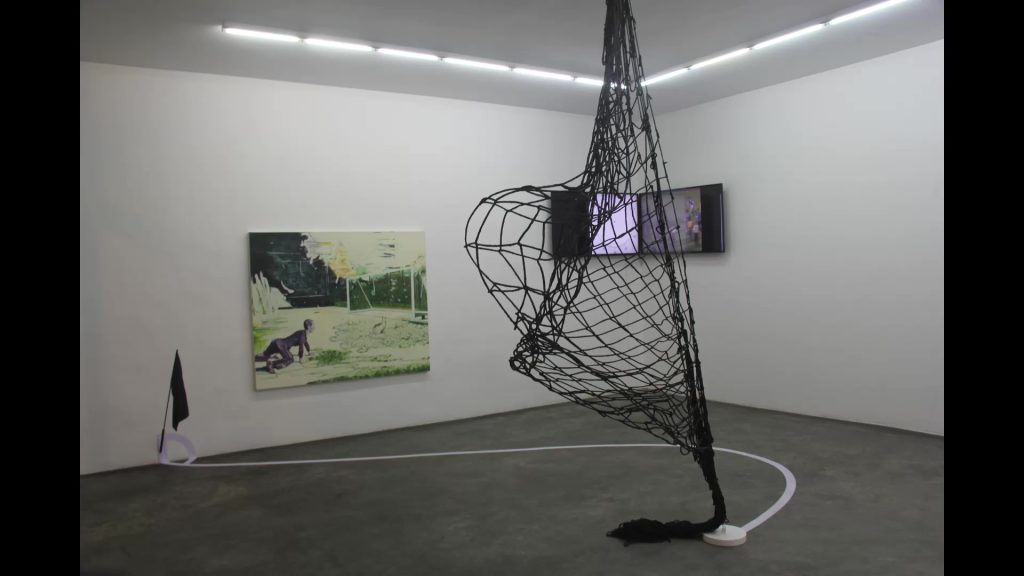 Get brainwashed and then you’re one of us. 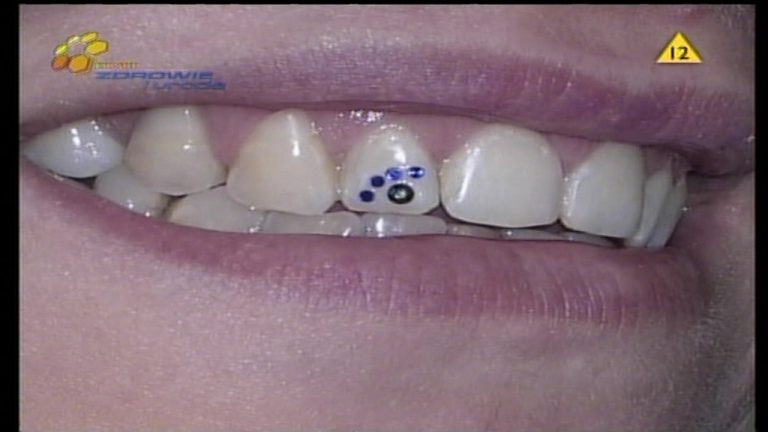 Each event can be recognized based on its impacts. Impacts might manifest in a good or bad way. The memory of some failures acts like a parasite on the human imagination, and the image constructed in our imagination, distorted and malformed, is accompanied by the remembrance of the memory of failure. It’s like a glitzy video in which the new image reflects a falsified version of the past which distorts the truth of what has happened. This work, which is made using the artist’s boxing match film, works accordingly. 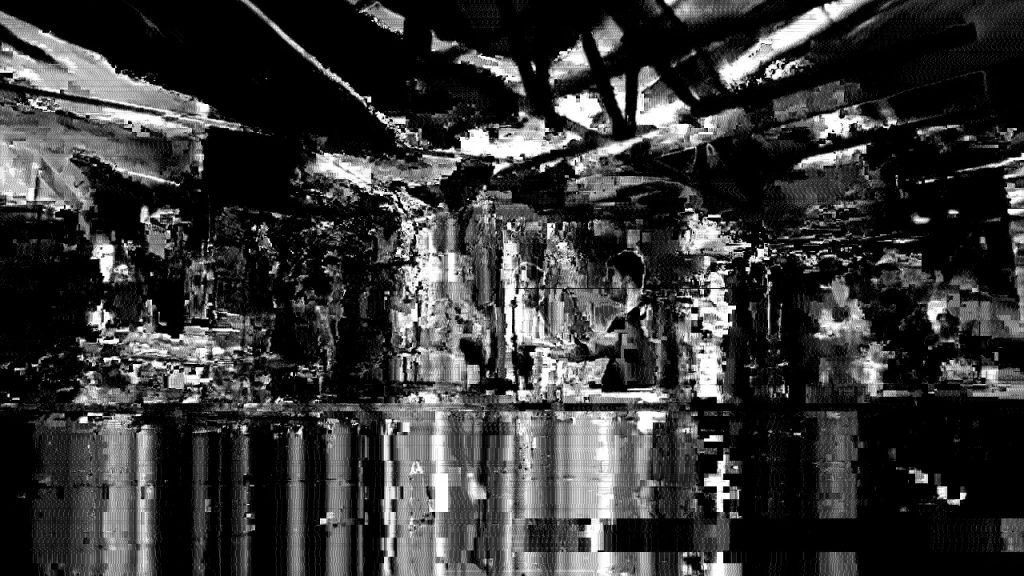 These two videos were made for an exhibition titled “Punishment” with the Pixel Art software (a program that is used for making video games). These two videos show two examples of medieval torture that had a romantic theme. In one video, torturers dismember their lover, and in another, they dislodge their heart and give it to the other person. 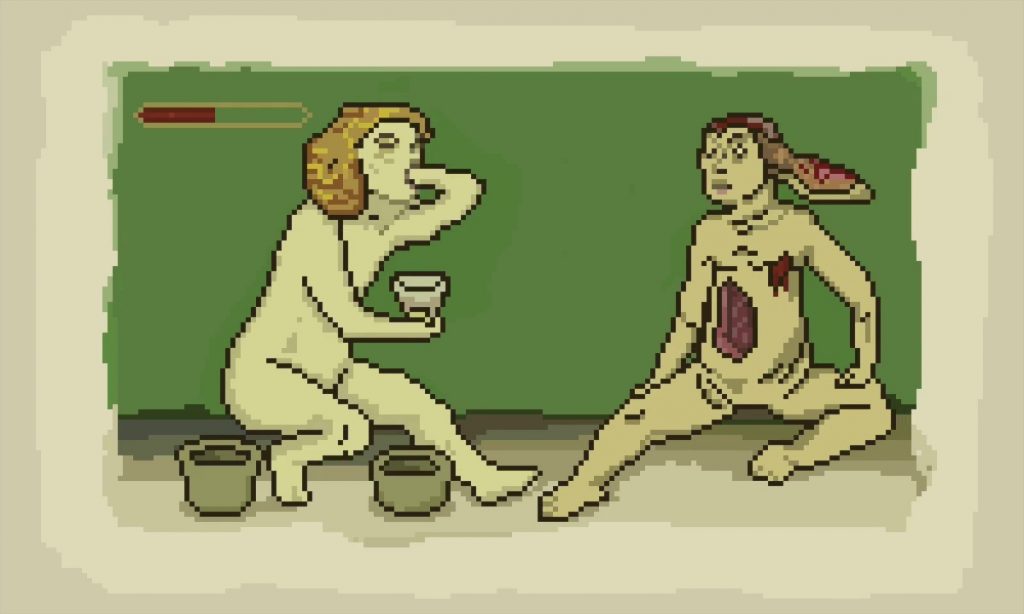 Autonomotormenthek is a manufacturing pop-up company that designs and produces ideas and devices that enable affiliated and lonely people to get satisfied by practicing real independence and individuality by torturing themselves. Until now, we popped up in three different countries and produced devices according to the needs of the public.

But since we define our system as a progressive and non-rigid one, we always attempt to go further and find out our customers’ new needs and challenges.

The one and the most important dilemma we realized through our research by following your comments and critics are:

This is Not (Yet) It!!!
Which, in our opinion, means?
You need MORE!
You have tried all our products.
You have tested all parts of your body.
But you still think that “This is not it!”

So we realized that what you need right now is not more pain but the surplus pain, and in this regard, we did a lot of research in Painology, and we came across the “Phantom Pain”.

“Phantom Pain” is a pain that is felt in a part of the body which no longer exists.

We found out that the brain cannot be only deceived as the missing limb is there when it is not and produce pain for the nonexistent body part, but also it can also be deceived in a way to accept a new fake limb as a new organ and feel the pain there. This deception is called: “The Rubber Hand Illusion”

So we developed a product to help you to satisfy this need in you by yourself, and we named it: Auto-Surplus-Pain. 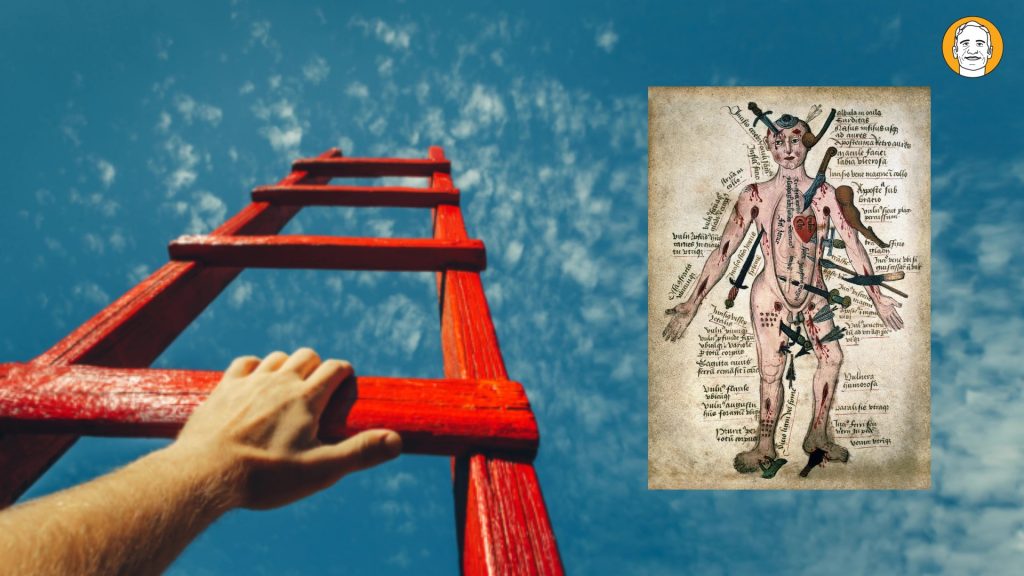 They say that in the case of the emotional void, commonly caused by the absence of a loved one, the human mind instantly begins looking for things to fill the space.

The iPhone 5S was the only device that allowed me to keep my connection with my close friends and boyfriend.

I ought to focus merely on my studies and forget about “love and romances,” so they took my iPhone away.

“The iPhone 5S” is about how my mind tried to fill the void and depicts the impacts of that temporary emptiness on me.

A giant Red Thing has invaded the city and desperately tries to get attention. 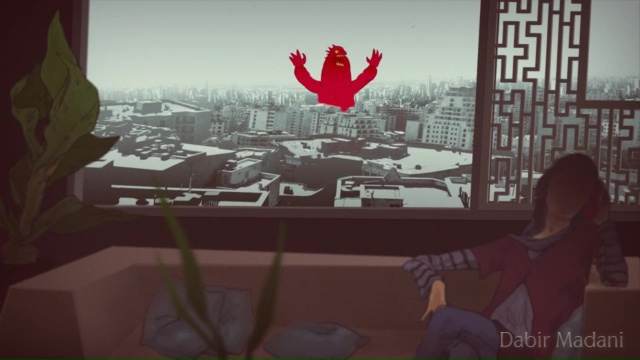 The changing definition of human-AI becoming human and humans turning into AI and capitalism and its role in the development and use of these technologies are some of the topics that I explore in my practice, more specifically when it comes to human interactions and how technology is affecting our relationships with one another. Some of my most recent works focus on the effects of social media platforms and how they affect our relationships to one another and migrations – using Skype and other telecommunication technologies as an example of how technology can become part of who we are as humans and the future visual and virtual representations of us. 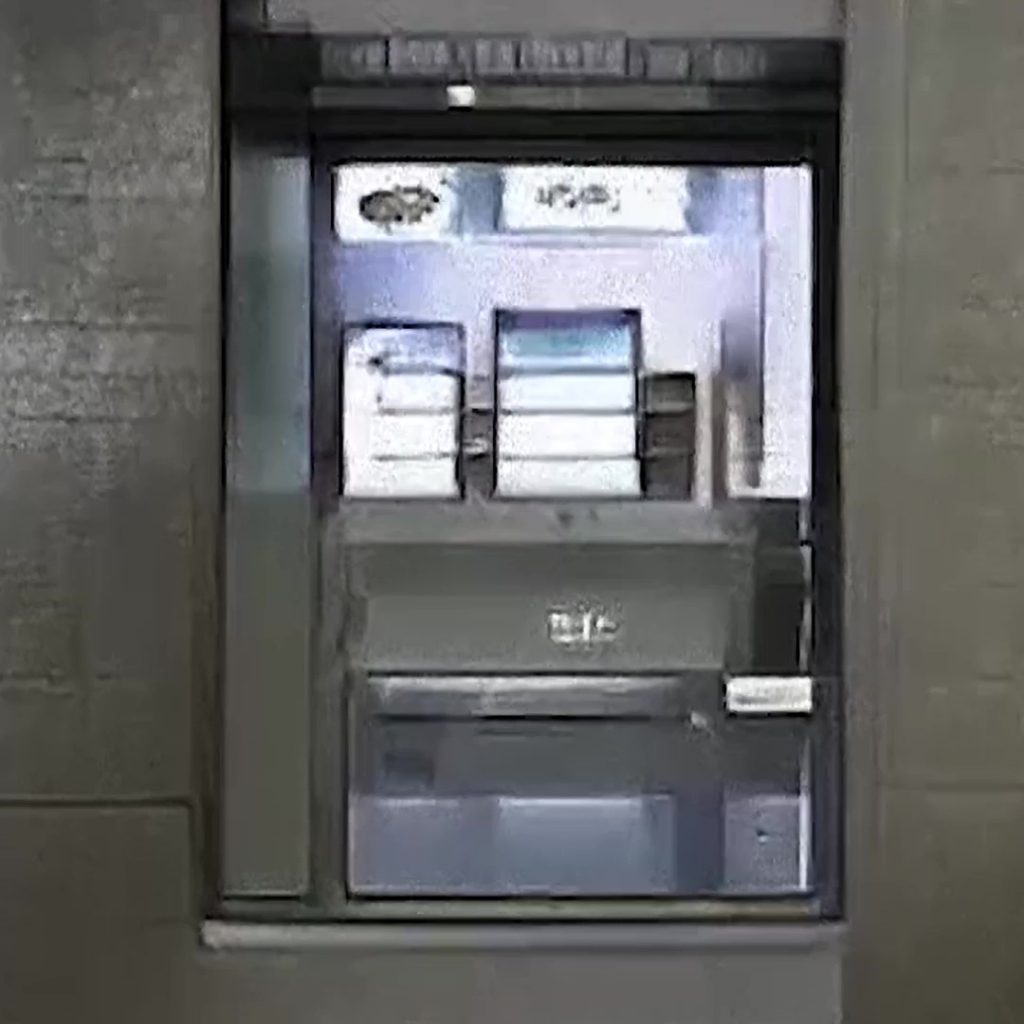 Nassrin Nasser in her final project for BA  in Graphic Design created a combination of live-action and motion graphics. The video contains manipulated Farsi typography and makes references to the Iranian youth culture at the time. 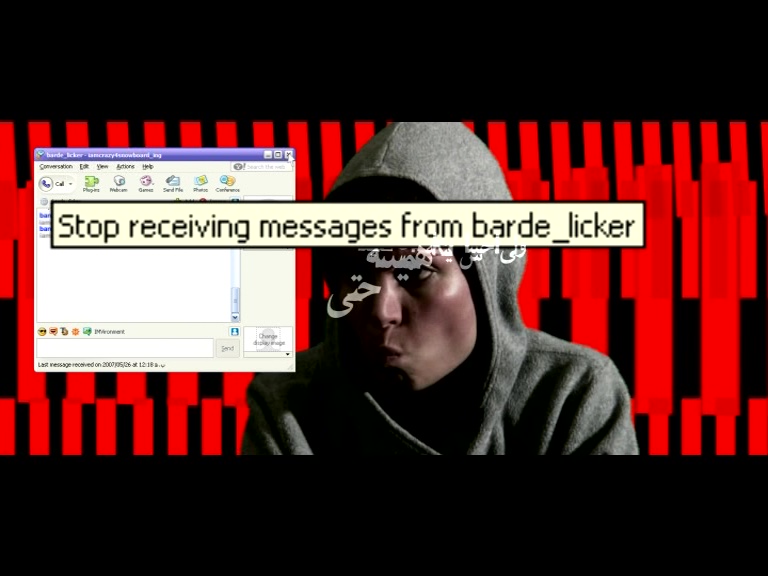 Digital spirituality may sound contradictory, but each word indicates a form of transcendence from nature. Religion has a long and complicated history with media technologies which has been intensified with globalization. The recent pandemic made us increasingly reliant on virtual connections to find sorely needed communities while in isolation. During Ramadan, for example, Muslims have to turn to social media, video conferencing, and even online video games to maintain a sense of community and normalcy. These difficult times, in many ways, forced us to focus on what matters most, including our deep need for community. What is lost, however, for those who do not have access or skills to use such technologies? 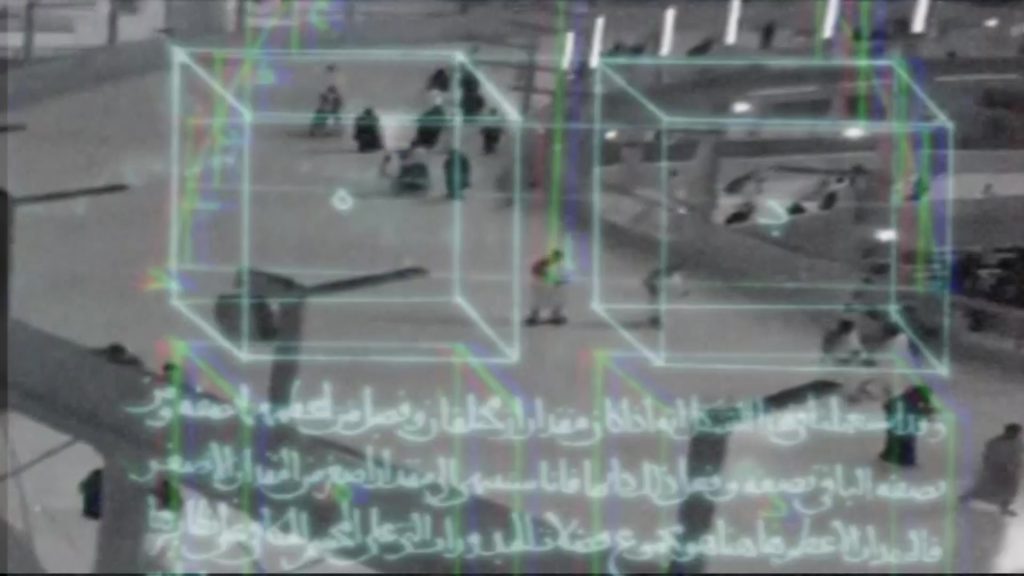 For the Damaged Coda studies my experience of personal presence as it is embodied in the digital world. When I enter digital space, I become stuck in this other space, sometimes for a long time, and then, as I pull myself out, this other space leaves its traces on me.

This project is meant to provoke questions about our transforming relationship and increasing entanglement with digital technology, and about how our immersion into data worlds might alter our understandings of time, space, and agency. For the Damages Coda also explores the relationships between digital and real worlds, technology and permanence, and monumentality and disposability. Digital devices have blended into our surroundings to become a part of our space and cultural structures. Since new generations belonging to the digital era will have formative roots in cyberspace, my thesis exhibition seeks to represent cyberspace as having a historic quality. This is an ongoing project investigating the continuous process through which virtual experiences find their way into everyday life reality.

In this project, I obtained the codes written on January 23, 1997, by the Maxis Core Technology Group. The codes represent the design for the motives, feedback loop, and failure conditions of the simulated people in a video game called The Sims.

The algorithm is a set of instructions that would control the animation of an avatar’s expressed reactions. The commands to control the avatar were designed to simulate human reactions such as suffering, stress, and exhaustion. These codes are examples of prototyping techniques meant to make an avatar’s performance resemble human behavior as closely as possible. 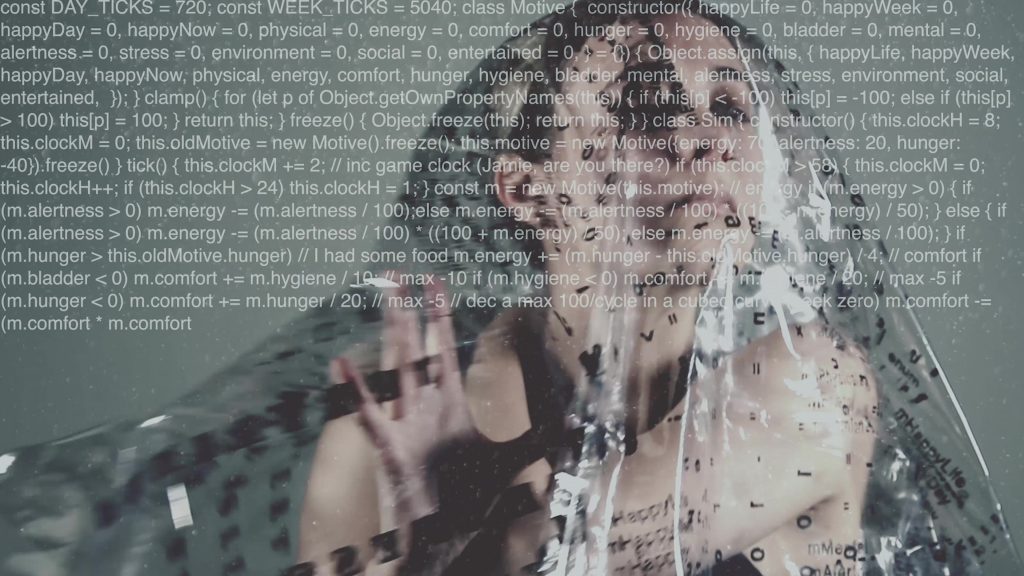 Since Fall 2016, a series of one-minute (or less) long videos have been produced and posted by the artist on his Instagram account. Each one of these videos is an unmethodical assemblage of fragments as a personal diary. Beyond their online existence, these videos are presented as an ongoing project under the umbrella title of Concatenation, Conjunction, Connection*.

Each time the work is shown, a new assemblage of all the videos up to the day of the screening forms a new version of the video. The videos come together without any editing and using one conjunction: “and”—conjunction gives the possibility for fragmented storytelling without any narrative. The oval loop recreates a different order of the videos each time the concatenation ends. No original version and so no story exists.

* The title of this work is borrowed from the introduction of Franco “Bifo” Berardi’s book  “And: Phenomenology of the End.” 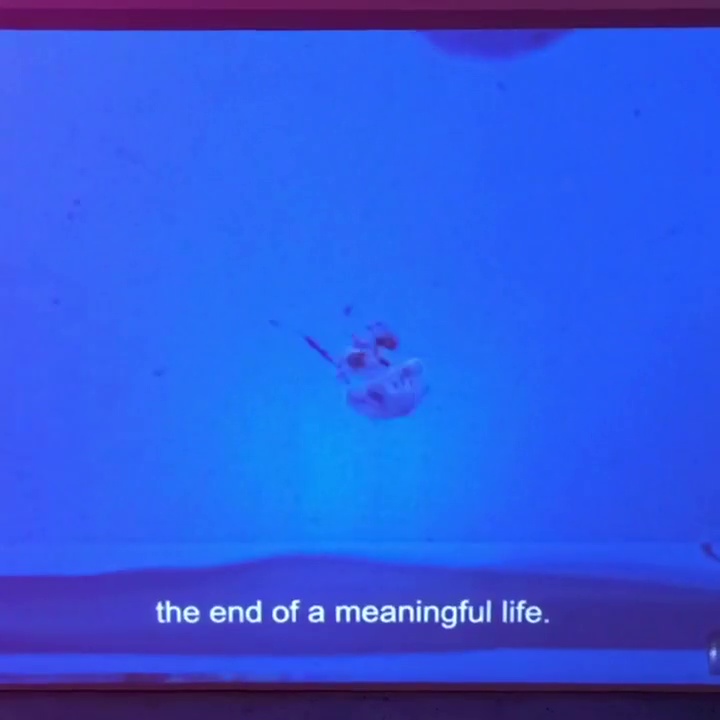