3 Nights of Performances, Acts, and Audiovisuals.

Motavali 2 (Continuous in Persian) brings together performative positions across different disciplines: lecture performance to Multimedia Installations. Projects which are being made, being revised, or tested; while most of our interactions and urgent matters in life are happening “online”. It’s inevitable to examine these presences & absences simultaneously. While emotional & economic pressures might force us to act/react irresponsibly toward our collapsing societies & the artificial/passive togetherness. Motavali 2 is the second series of media performance nights curated by New Media Society, Tehran, which were interrupted by the pandemic in March 2020 and features artists based in Tehran, Berlin, New York and Barcelona. 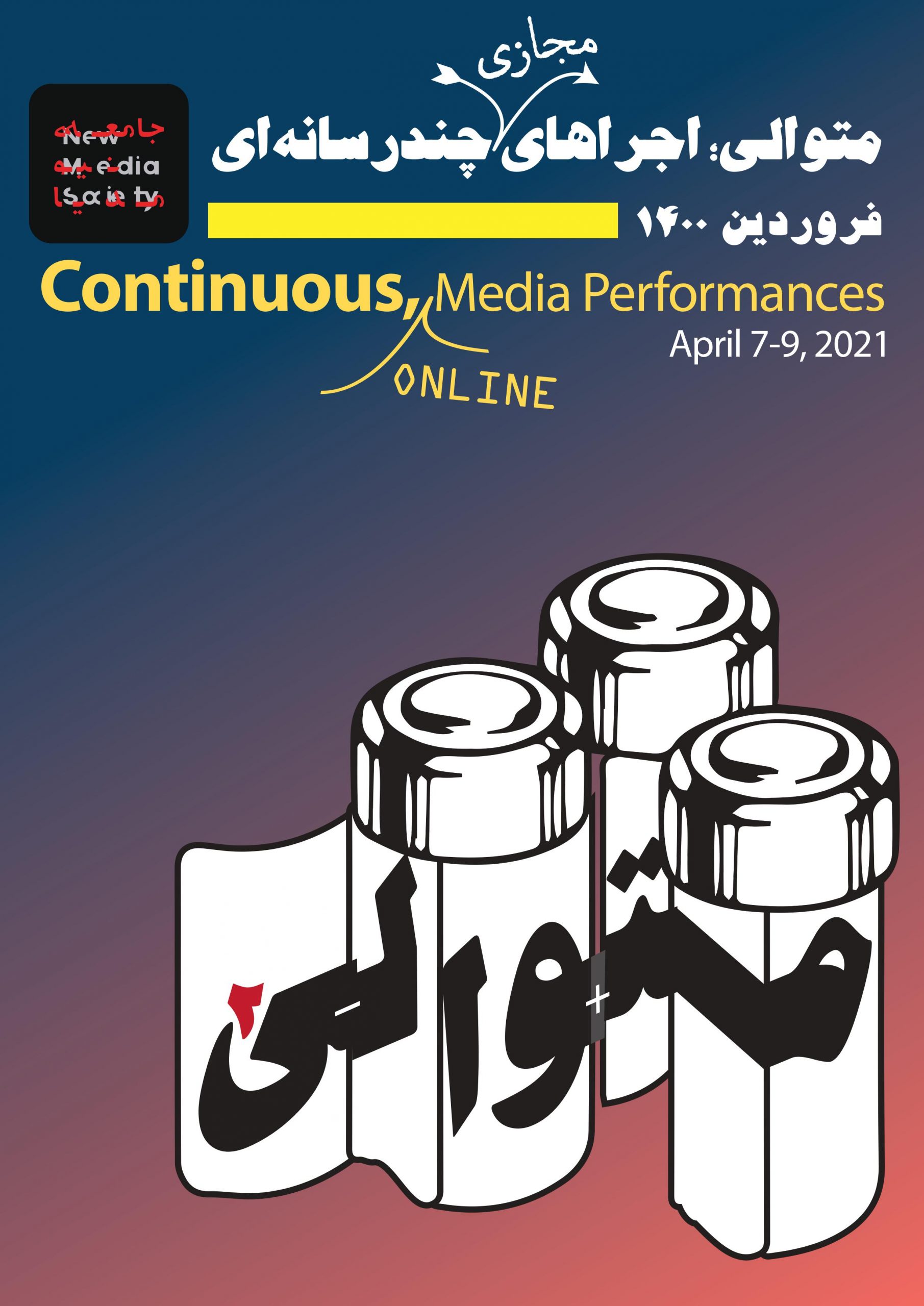 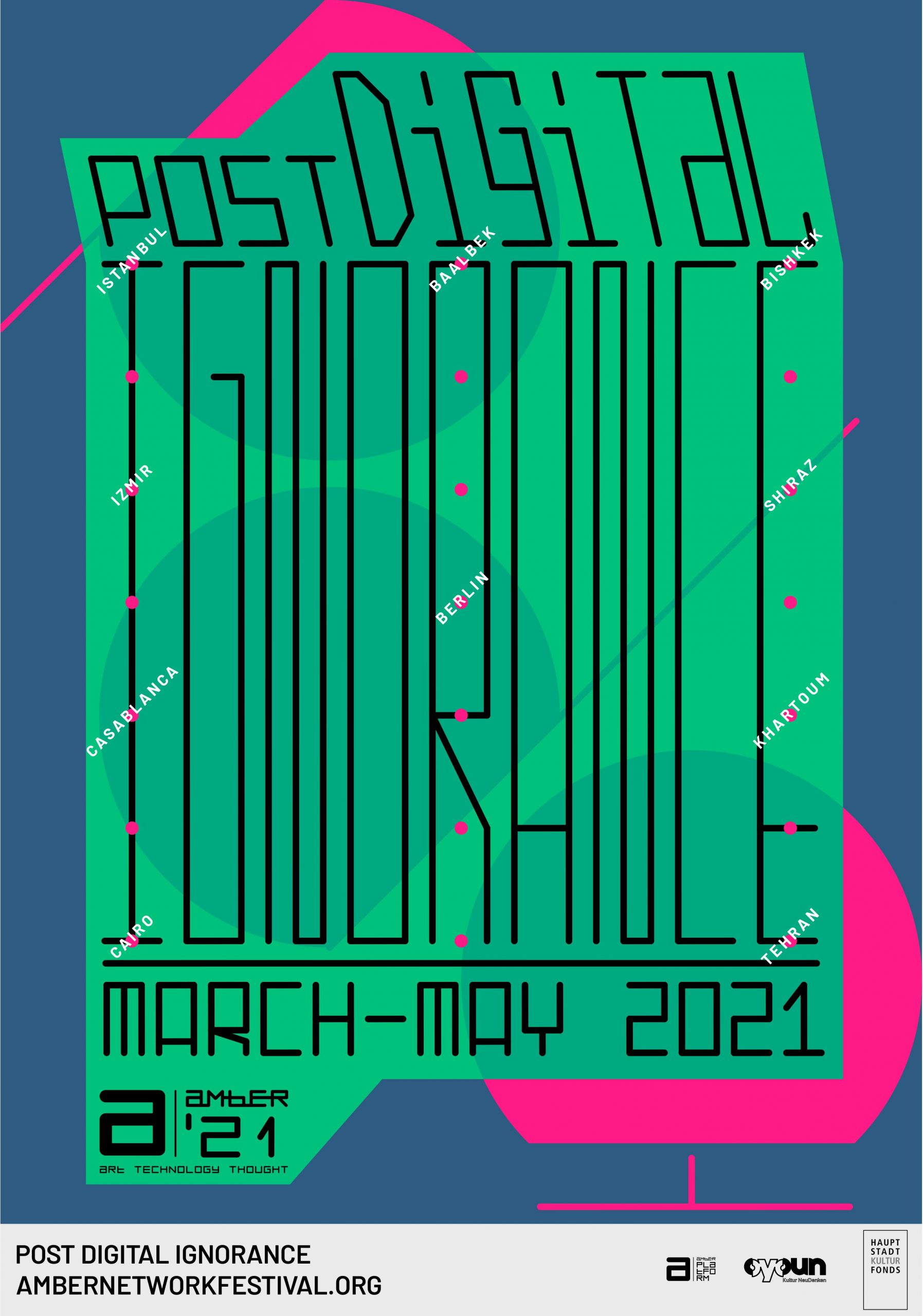 Title: Three, Rather Than Two (or One)

Title: In mourning for all I have lost and (for?) All I will never have.

THREE, RATHER THAN TWO (OR ONE) is a live-situation in two chapters that explores the condition of being in-between two locations, two cultures, or two identities. This project investigates the word “and” as the segment between two concepts — for instance A and B, looking at this conjunction as a third entity beyond A and B themselves. By interlacing personal anecdotes with references to art and cinema history, it brings to attention what can be found in between things rather than looking at them directly. The first part of this project is a lecture-performance, followed by a visual essay based on a poem written by the artist. This work is co-produced with La Virreina Centre de la Image and BAR project (Barcelona).

Truth means being genuine, substantial and real, established as fact, unavoidable. It means that it will happen without doubt. It is proper and in accord with the needs of the situation.

PEBDAC [Problem Exists between Desk and Chair] is a computer programming term which means that the problem is caused entirely by the fault of the user.

Intention can be defined as motive of change from the state of decision-making to the execution phase. But in the interval between the two there are possibilities for change that disrupt the process of executing what was intended, such as the desire to postpone things or hesitations and distractions.

P.E.B.D.A.C tries to look at the impact of such errors in the post- digital world by examining the relationship between the user and the system.

Improvising her desktop, she is going to organize my uncategorized, unnamed archived sounds, recorded past year in different and repeated locations.

Unknown recorded ambiance effects and even broken sounds, that in a moment of neglect, I have copied on my storage and left.

Reviewing the audio tracks to be archived again, happens in a temporary sound project, synthesized in a space, occupied with other running digital contents, texts, photos and videos.

Amirali Ghasemi in this lecture performance tries to break down the Tehran Remixed project which he regards as the most successful project as a photographer and a big failure as the same time.

The multimedia project, Tehran remixed was his response when he encountered recent “Media” images of his hometown Tehran being distorted and pushed toward black and white extremes like the veil and suppression in the early 2000s. Portraying the Tehrani youth, whom instead of taking the chance for expanding their social liberty, was busy having fun enjoying the last years of a co-called reformist government in power.

Tehran remixed was also an attempt to experiment with documentary photography and manipulate it in order to tell stories without abusing one’s privacy at the time which carelessly gets trampled upon with the widespread use of fine art photography in the news and political articles on Iran. This trend is increasing compared to documentary images that can portray the everyday life of citizens of Tehran. The multimedia part and the multilayer stories were incorporated in order to re-create the moment which is being ignored in the way Tehran was being represented in the media while maintaining a humble, playful and friendly spirit.

The photographs have been shot in the last years of Khatami reformist president in the office, and Ghasemi puts an emphasis on the context and date in which the photos have been captured, for him the doesn’t portray today’s Iran anymore, the photos in the project are now more than 16 years old now and it only can give some hints about Iran, pre-social media or be more specific middle-class Tehrani Youth. It’s crucial to imagine how the photographs and their subject has been changed, and at the same time how much the distance between reality and these images grow wider as time passes.

Martin Shamoonpour is an autodidactic multi-instrumentalist, composer, actor, and visual artist from Tehran. As a teenager averse to school teachers, he began teaching himself Daf, Tombak, Flute, and Iranian folk woodwind instruments, eventually performing in galleries and theaters throughout Iran. To date, Shamoonpour has composed and performed music for close to thirty theater productions in The City Theater of Tehran and has written, directed and performed his own one-man-show, Qatinu the Hero, at many of Iran’s most prominent artistic theaters. Always looking to explore new avenues of creativity, Shamoonpour has released three experimental music albums, including 8-Bit (2014), which features 8-bit versions of Iranian folk music and Tehransaranieh, (2010, Hermes Records) which combines the “concrète” sounds of city life with ambient music and traditional instruments.  He has produced various audio art installations for the Parkingallery, Fravahrgallery, Tehran House Of Artists, and Laleh Art Gallery in Iran.  In 2015, Shamoonpour left Iran and now regularly tours the United States with Journey West, an eight-person music ensemble that performs traditional Eastern music at theaters and universities from New York City to Washington State.

Shamoonpour began acting in Tehran’s active theater scene in his twenties, appearing in over twenty theater productions and rubbing elbows with some of Iran’s most notable thespians.  His talent and humor led him to supporting actor roles in four feature-length films, including the award-winning Melbourne (2014) and Bending the Rules (2013).  In 2010, Shamoonpour relocated to Germany, where he acted in Berlin’s popular Charivari Circus. In December 2018, after moving to the United States, Shamoonpour did a two-month stay at New York’s St. Ann’s Warehouse, in the Off-Broadway play “The Jungle,” with acclaimed director Stephen Daldry.

Martin Shamoonpour holds a degree in Graphic Design from Tehran’s University of Science and Culture and creates mixed-media artworks that reflect his experience as a musician with ties to his old home, and his new.  He also creates stop-motion animations, CD artwork, and acrylic paintings as an artist-for-hire, and as gifts for friends and family.

Bahar Samadi | in mourning for all I have lost and (for?) All I will never have | 30 min

A live performance on a rooftop captured through a CCTV camera reflecting on “We, Me, Lockdowns, Here and There”

The summary of We, Me, Lockdown, Here and There.