On Small File Media; Online Talk With Laura U. Marks

Animation; Experiment in Collaboration With New Media Society | No. 35

(The talk will be held in English with live translation to Persian and will be recorded for future access.)

In this session from the Animation; Experiment series we will have the chance to talk to Laura U. Marks—one of the most renowned cinema scholars of our time—about her recent focus on small-footprint media while introducing the Small File Media Festival. SFMF, which is a film festival showing only films under 5 MB, was founded hoping to encourage mitigation of streaming media carbon footprint, which is calculated to be over 1% of our global carbon footprint. The collective of Animation; Experiment and New Media Society are not only interested in the idea of this festival for its valid environmental reasons, but they also found other potential fruits of the festival such as shaking the medium, emergence of new/familiar forms or ideas, and innovative visual aesthetics as important. 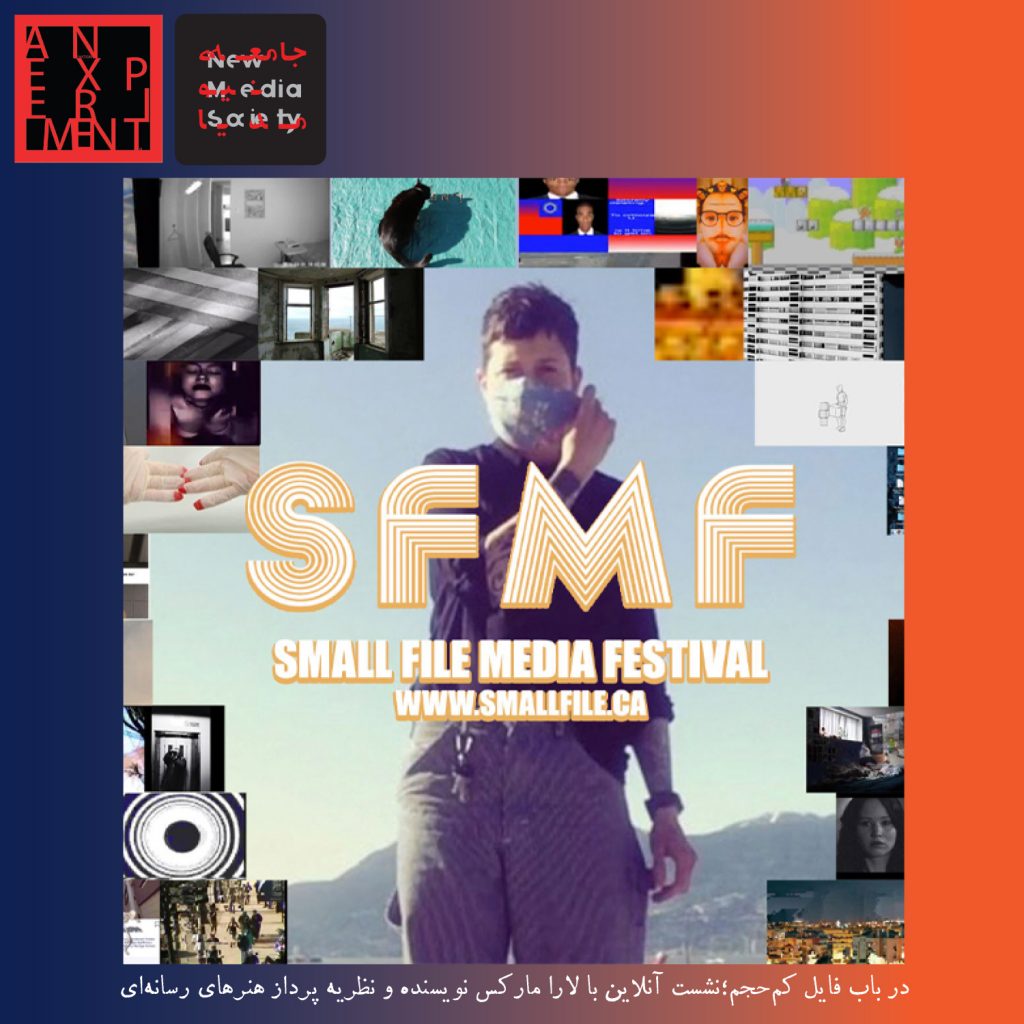 About Laura U. Marks

Laura U. Marks, is a philosopher and scholar, working in the field of media arts. Her research area covers infinite distances—from haptic visuality, to Arab experimental cinema, to streaming media carbon footprint. Dr. Marks became well known among artists and scholars with her book The Skin of the Film: Intercultural Cinema, Embodiment, and the Senses (Duke University Press, 2000). Since then she has published three more works—Touch: Sensuous Theory and Multisensory Media (University of Minnesota Press, 2002), Enfoldment and Infinity: An Islamic Genealogy of New Media Art (MIT, 2010), and Hanan al-Cinema: Affections for the Moving Image (MIT, 2015). She is now working on her new book, soon to be published. Along with creating her seminal experimental writings, she has also been programming experimental media for venues around the world, co-running Substantial Motion Research Network, teaching at Simon Fraser University, making her own films, co-finding and directing the Small File Media Festival, and much more. 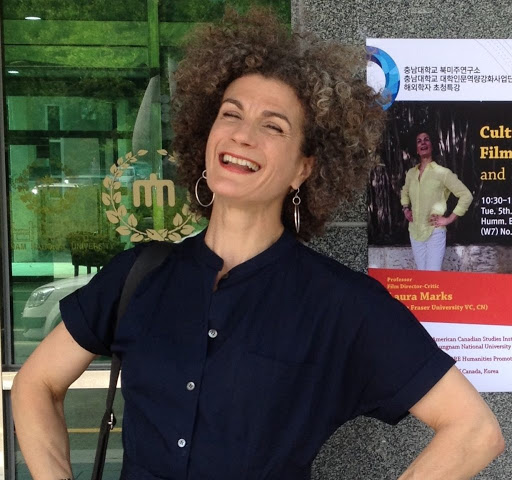