New Media Society in collaboration with Embassy of the Republic of Poland in Tehran present: The exhibition‚ Theirs‘ involves different forms of artistic collaboration and friendship practiced by the photographer Michał Szlaga while documenting works of other artists. All presented artists apply Szlaga’s photographs or videos in their exhibition/ publishing format. The projects – by Paweł Althamer, Honorata Martin, Jerzy Bohdan Szumczyk and Piotr Uklański – directly question the notion of blended visual language, a fluid concept of authorship and delegated instructions. The exhibition simultaneously unveils Szlaga‘s coherent visual idiom as well as the diverse method of work implemented by each artist. It functions as a specific palimpsest – ways of seeing, watching and interpreting.
Michał Szlaga (b. 1978) – lives and works in Gdańsk, a graduate of the Academy of Fine Arts in Gdańsk. Szlaga debuted with a series of staged self-portraits under the common title What Made Me? (2002), in which he adopted the historical roles of a Nazi, a Jew, a Catholic priest, a Militsiya officer, a soldier of the Red Army. Since 2000, his works have been marked by obsessive returns to the Gdańsk Shipyard, which is perceived as a place of birth, boom and demise of the workers’ movement “Solidarity”, and a testimony to the once thriving shipbuilding industry, whose remnants should nowadays be preserved in photographs. For Szlaga, the Shipyard is a constantly changing post-industrial architectural landscape, which abounds in people and traces of history; a landscape which the artist documents in photographs and video films. Szlaga’s photo coverages and individual photographs have received numerous awards in Poland and abroad (such as International Photo Awards 2007). His works have been exhibited at the Wyspa Institute of Art, Gdańsk (2010); the festival Transphotographiques Nord(s), Maison de la Photographie, Lille (2011); Contenedores de Arte, LasPalmas de Gran Canaria (2011); 1st Opole Photography Festival, Opole (2011); Festival Transphotography North, PiTiPa Gallery, Gdańsk (2011); Gdańsk City Gallery 2 (2014); Europäischen Monats der Fotografie, Polnisches Institut Berlin (2014); State Gallery of Art, Sopot (2015). 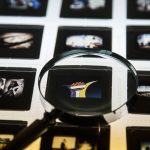 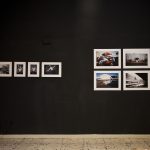 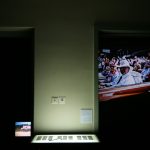 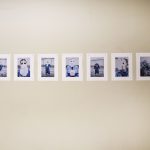