Join us a for a presentation by Pouya Jahanshahi (MFA, CalArts) graphic designer and scholar taking us through his MFA thesis project at California institute of the Arts entitled “Hybrid Visual Culture” and the implementation of its methodology and perspective on design, curation and research. The event will be followed by a Q&A and a related workshop will ensue, specifics will be announced at the presentation.
Pouya Jahanshahi is a Graphic Designer, Filmmaker and Educator residing in Orange County, California since he migrated from his home country of Iran more than 30 years ago.
Pouya received his MFA in Graphic design and Integrated Media, from California Institute of the Arts (CalArts), his research was focused on the global development of what he calls “Hybrid Visual Cultures”, where cross-pollination of cultures have resulted in the birth of new visual realms and typographic forms. His M.A. research “ Anatomy of a visual message” explored the realm of semiotics and the process of visual communication. This perspective of “Cultural Hybridity” is what guides his vision, and visible in his works across various mediums.
While presenting on such related issues inter- nationally, Mr. Jahanshahi is currently working on an independent documentary film: The Visual Language of Iranian Graphic Design. When time permits, he pursues his hobbies of Persian calligraphy, silk-screening and concrete poetry. Pouya Jahanshahi has started his new position as Assistant Professor of Graphic Design at Oklahoma State University, College of Arts and Science. 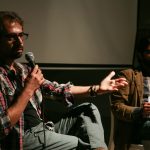 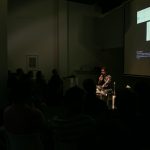 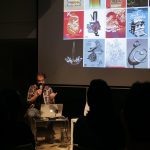 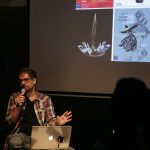 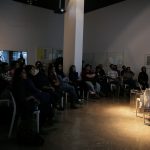 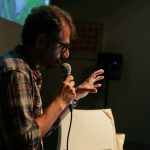 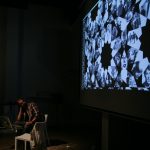 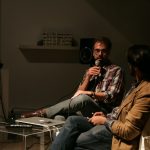