Roots, through the eyes of filmmaker Julie De Clercq When can a movie been called a movie ?

This is a question that I keep asking myself while making films  in different ways and contexts.

In the past I made movies in the «‌classical way» which means WITH a screenplay. WITH a budget, WITH a producer, WITH a film crew. Even if the reactions of the audience were quite positive I often felt emptiness. I felt I didn’t make the movie I wanted to make, I felt I had to make too many compromises related to the budget and the people I worked with. I felt I wasn’t a good film director. But can you be a filmMAKER without being a film DIRECTOR? And is it important to name things ? I can’t imagine my life without filming, editing, telling stories with images and sound… so I keep on making audiovisual works without budget, no crew and no producer. But does this also means «no audience»? If there is no audience the work actually doesn’t «exist». Now my films find their way to art galleries as well as festivals but making the work has always been more urging for me than showing the work. In the audiovisual arts a division is made in between fiction films, non fiction (documentary) films or «experimental» films. My films are none of those. I’m interested to share ideas about filmmaking with Iranian audience and artists. What about Iranian cinema/ audiovisual arts? Do you also make this division in Iran? I do know the work of Iranian filmmakers such as Abbas Kiarostami, Dariush Mehrjui, Jafar Panahi, Asghar Farhadi, Forough Farokhzad & Shirin Neshat. I guess of course there are less famous filmmakers that maybe show their works in galleries or in an other way than the theatres or big film festivals like Berlin or Cannes. What about those filmmakers/artists? How can I discover them?

This talk & screening event takes place at New Media Projects at 8 pm, it will be in English with Persian translation, and Golrokh Nafisi will host the introduction plus Q&A afterward.

Julie De Clercq (Gent, Belgium 1980) studied Theatre in Caracas/ Venezuela and Audiovisual Arts in Brussels/Belgium. Her graduation movie (Mayra, 2003) won awards in Belgium and was selected for many film festivals worldwide. After directing short movies as well as one feature television movie with support of the Flemmish Audiovisual Foundation she felt the need to work again in the performing arts. She made a film for the theatre monologue «Days Without Dates» from Jessa Wildemeersch and collaborated with Golrokh Nafisi who made puppets for her own dance piece for children «Wawara». Lately she went to Anzali, Iran to film for the theatre piece « (Not) My Paradise » from Sachli Gholamalizad, now on tour. In between the theatre projects and socio cultural projects she continued making short low budget films which were lately shown in the atelier340 museum in Brussels. Since 2006 she has a strong connection with Iran. She travels each year to Iran, is married with Iranian dancer/performer Ehsan Hemmat with whom she has two children. 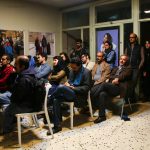 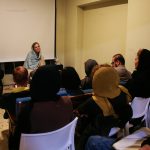 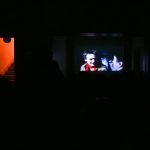 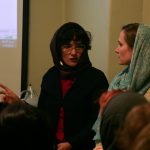 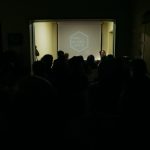 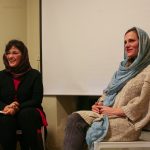 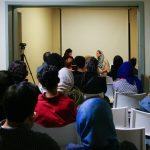 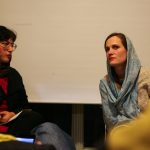