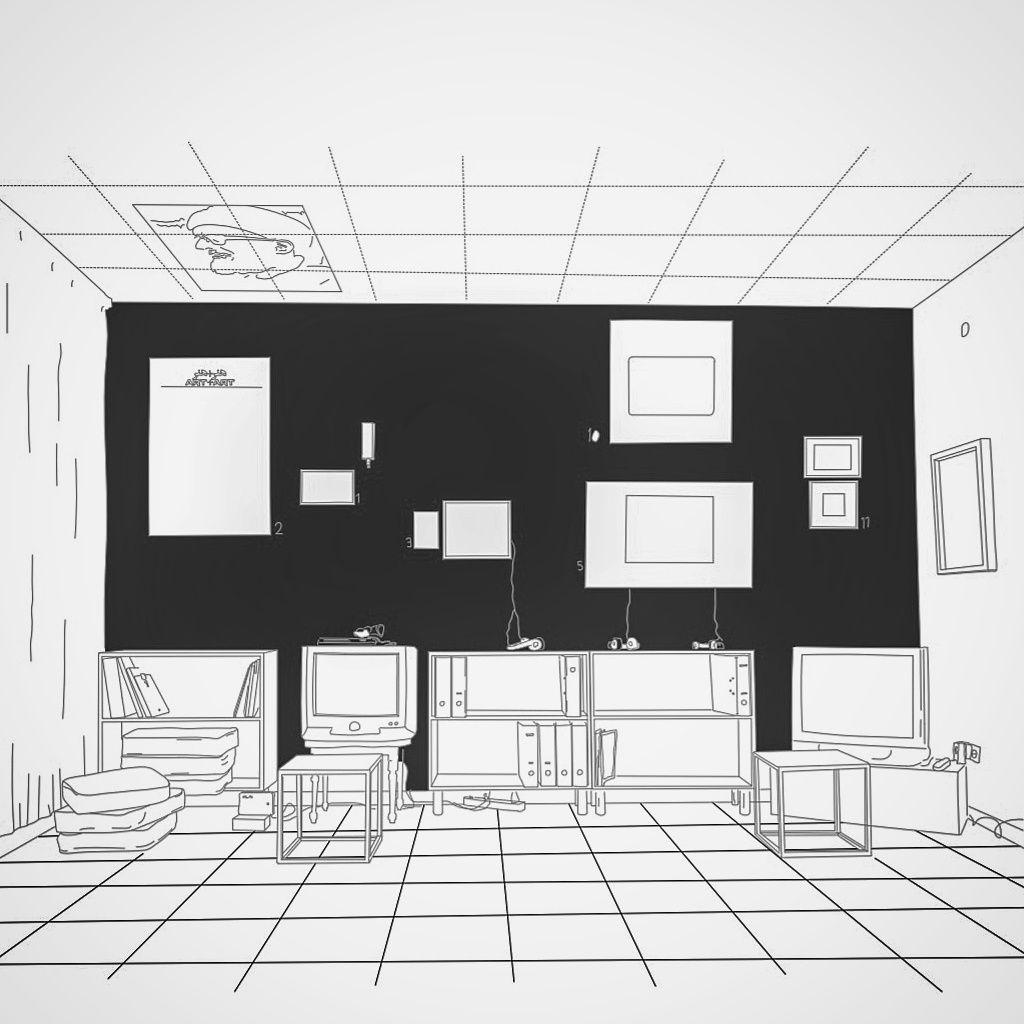 In February march 2017, New Media society had launched a new curatorial project, under the umbrella of “Wall newspaper” periodical which will appear as multimedia magazine on the “black wall” of New Media Projects.

Since Iranian revolution in 1979, Wall Newspapers, had been around & popular until mid 90s in Iranian school system. A collective effort for journalism at the time, designed & written by students guided by their teachers, were made visible among promotional posters, health instructions and moral quotes, on the corridors of many schools. Often three editions were being made for the three major events throughout the school year: Student’s Day in Nov, The anniversary of Revolution in February and the teacher’s day in May. Despite the fact that how much these activities were aligned with the general policies and state propaganda at the time, it played a crucial role on students allowing them developing various skills & teamwork. The format & idea was taken from an urge to produce literature & visuals to be posted and read in public space, a unique document which would earn you points at schools, but for many it was much more than that.

About The Black Wall

When you enter New Media Projects, a wall on the left with the dimension of 460 x 276 centimeters, has been painted in matte black and is dedicated to archive, personal Collections, and unrealized ideas and sketches. The black was is a space to shed light on the unseen open ways to contemporary readings of past ideas,texts & objects: a sandbox for displaying, researching, analyzing and learning.